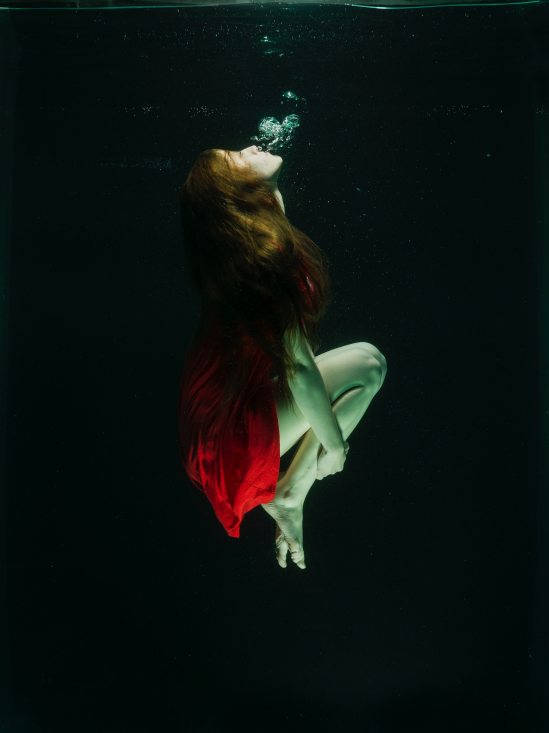 Photo by Engin Akyurt from Pexels

For just one dollar, you may ride our fastest yellow bullet train.  Yes, we invite you to be a passenger on our pink submarine.  Ooh, damn, my knickers are in a twist, all twisted up, left under the bed, lost and dusty, as I watch the funeral donkey pass, widow in black, soul in white.  Or is that a blackened soul and a passing white ghost – a white witch under Dorothy’s bedroom.  Uncle Elmer left me with a dollar in my pocket, just in case.  Take her back to the North for a dollar, save her from Dot’s wrath, give her Dot’s rash, run time backwards – feet curled up in stripey stockings.  Mine under the bed with my knickers, discarded after my last bike ride; he ruined them again. He ruined it, me, forever and ever, one nation … am I allowed to say that?  What does Congress say, the right wing red necks banning my ruby slippers, grounding my balloon flights with that sham of a wizard.  I’d rather fly with the monkeys, fly to the moon, to the stars, as the gold sun declines on the autumn horizon.  Soul and body fresh in the failing light and clear sky, dancing to the funeral march.  Laughing at the silly witch who got mixed up with her stripey twin, as our black cousin cackles in her black leather knickers, whip, and flaming broom.  I led the cortege through the creaky gate, naked as the day I was born – no, created – no human could bear me, especially when I haven’t taken my medication, today’s white pills sold for a dollar, I’ve doubled my money, so I can buy a blue, pink and white bomb pop, and drop it on Dorothy’s crushed house, riding my bike backwards, we go both ways, he said I’m ambidextrous, foreplay, afterplay, time in two directions, making the corn taller as it wilts.  Green stalks from green shoots, bang!, killed the white witch before Dot’s house landed on her, tied her up in the coffin – witches don’t die – the black witch snickers- watch witchy dig herself out of this one, buried in the cornfield on the horizon.  Make her walk home in her dirty white dress hiding her tail between her legs, her mother will scold her as stripey witch jumps up and down with glee and blacky strokes her monkey.  I’m curled up in bed with my bike, having forgotten about my knickers and socks, playing submarine – up periscope!

I hate the holidays. You play loads of concerts of crappy music. You hear lots of it, too, all joyous and cheerful, and what do you get for it? Yes, I get paid to play it, but I get no job satisfaction, nothing like the high of playing Strauss’ Alpensinfonie or the reconstruction of Bruckner’s 9th (to which I am listening while I write).

Nothing from Janice about missing dinner, nothing from Marcel … nothing from … anybody. I’m still banned from having fun … um, sex, but now I can’t even get anyone interested. All I’m good for at the moment is turning up the volume on my hi-fi. (At the moment it is very odd … err, UP.)

My card for today was fighting … fitting (as usual):

XX. The Aeon. (inverted) It’s a great card, meaning a definitive movement or decision in a peculiar … um, particular direction. It’s the end of a matter.

Yes, it was inverted, so strike all of that. No matter was decided today, no subject closed, nothing finished, except that I’ve gained all my weight back after my episode. I still have no other explanation for it other than obsession … err, possession, and I’m afraid to see a shrink … um, doctor about it. (Maybe a shrink would be better!) I’m healthy enough – I’ve even gained a few extra pounds for good measure – too many post-concert receptions and holiday dinners, none ending in “would you like to come back to mine?”

The urge to change something is there, but what? Maybe I should take a step and become initiated – as a witch. Jem says I already am one and don’t need (and probably don’t want) to formalize it. I’m different from the others anyway. I wouldn’t fit in an oven … a coven. (What do you think, Marcel?) I’d still have to reconcile it with my vacant … err, latent Catholicism.

That’s easy. I’m a sinner and going to hell. That’s what some of you think anyway. I have news for you.

More High Arcana. Loads of higher powers floating around me. I spent most of today giving Christa a horn lesson. She had to play on my Alex, and I’ve come to the conclusion that she needs a new instrument. She sounded a hundred pounds … times better than on her own instrument. I don’t know where she will get the mountain … err, money from, but it made a huge difference. I don’t know why I didn’t suggest it before … that is, if she decides to continue in music. It takes a lot to be a single mother, and with Tom’s death there is a lot on her plate. She needs a job, and she needs it now.

Today, I woke up feeling a new woman … ack! … like a new woman, and now I feel … (Stop it!) … even better after Jem completed the ritual. Strangely, the henna was Christa’s idea, although she refused to take credit for it. She touched me up … touched me … touched … um, touched up the painting before Jem arrived at sunset. Christa has a natural gift, and I wish she had Jem back in London to nurture it, maybe even spend a month together at the Whorehouse. I’m not sure it is still standing, but that was long ago, and I think Christa needs to find her own mentor and her own “Whorehouse.”

Me? That was her suggestion. (She’s watching over my shoulder as I write.) I don’t think I’m the right person. I have too many issues, not to mention conflicting beliefs. Besides, I’m only have half of the gift. I’m incomplete. I’m not sensitive to certain things, although Jem thinks I have more latent talent.

Christa just agreed. How would she know? She says she’s sensitive. I already knew that, but I didn’t think it was that kind of sensitive. She’s young and still learning, but Jem thinks that she was primarily responsible for my recovery – the henna, the symbols, arriving when she did – apparently, she also spent a night in bed with me warding off evil. That was her idea, too. Naked? Now she’s rubbing it in. I bet she copped a good feel. (She hasn’t denied it, but I’m old enough to be her mother!)

In any case, I can help her out until she finds the right one. (She just said she already has.) I don’t know what to teach her. How to read the Tarot? No, she doesn’t need that. I’m just a half-witch, and she needs the whole thing to get started. I can’t be the one.

For now maybe, but I’ll be so far away.

I can’t really describe what happened during the spell. Jem burned some funny incense, and that made me feel strange. She wouldn’t tell me what it was. Before I knew it, there were more strange symbols on my thigh. They look like little kisses. (Christa!) I don’t remember her painting them there.

All I can say is that they have to stay on at least until the next full moon, which should be around Christmas. Christa is going to stay an extra week and touch them up (Don’t even think it!) before she leaves. In the meantime Marcel, who I won’t see until tomorrow, is going to find me someone who can maintain them. I’ve already grown attached to them, and Jem thinks that the longer I wear them, the better. I’m also not allow to sleep with any men until after the next full moon either.

By the way, my girl on X-factor seems to have got her mojo back, but sparkles have replaced her bodypaint. She probably should have gone home last night, but she survived on the strength of her best performance yet. Incidentally, I think they saved wrong person. The bloke is scary, but I think he is unusual, whereas the girl is just one of many with a nice R&B voice. Good, but … eh.

Right now, Christa is my star, and I had better get to bed, since Marcel (my attending “physician”), will be here early in the morning. (Sorry, there was a slip there, but Christa made me correct it. Marcel might not have taken it the right way, and Allen certainly wouldn’t have liked it.)

(That was me, by the way, not some evil influence adding lewd suggestions.)

[18]It came to pass that
Hahn cursed Albion with drought.
Sammardine spoke to Cyrus in a vision,
“Take your first-born daughter, Diana
And hurl her from the cliff of Lanoch.”

[19]‘Hahn will claim her
and the land will be spared.’
Cyrus so loved his daughter
that he refused for seven months
while the land parched.

[20]‘I will take the place
of your beloved Diana,’
said Morag his youngest child,
an albino, a disgrace to his lineage.
‘How will you fool Hahn?” asked Cyrus.

[21]‘I will cry all the night
for fear of leaving my father.
My red eyes shall hide the pink,
and my black cloak and scarf
will cover my hair,’ she said.

[22]‘And when he discovers your ruse?’
asked Morag’s father. Her reply,
‘He shall have pity on me,
and let my body be shorn on the rocks,
His tears will water the fields.’

[23]On the first day of spring,
Cyrus cast his youngest,
eyes still wild with grief
off Lanoch’s cliff,
And Hahn caught her.

[24]On his discovery,
Hahn asked, ‘Who is
this white-haired maiden?
‘Does the king not know
his own daughter?’

[25]‘I am Morag, the apple of his eye.
I have come to steal your heart.
Dash me on the rocks,
and have pity
on the innocent Albion.’

[26]‘Indeed, you have stolen my heart,
Yet I will not set you free.
You will be my consort,
The White Witch of the North,
and you will have power over the wind.’

[27]Morag cast off her cloak,
and blew a great blizzard
to smite her father,
but the snow watered the land
and ended the drought.

THE CULT OF ANNE