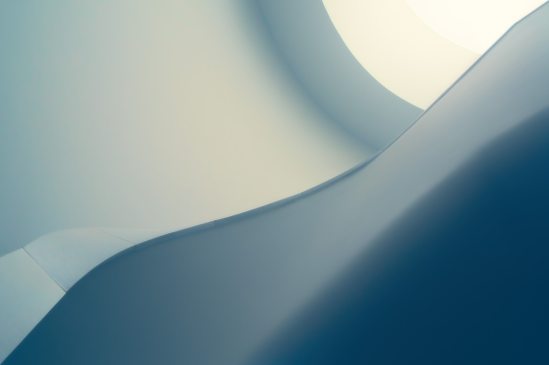 Photo by Johannes Plenio from Pexels

Translation:
I must follow the blue sun,
no where else may I lay.
You may enter, my friend. 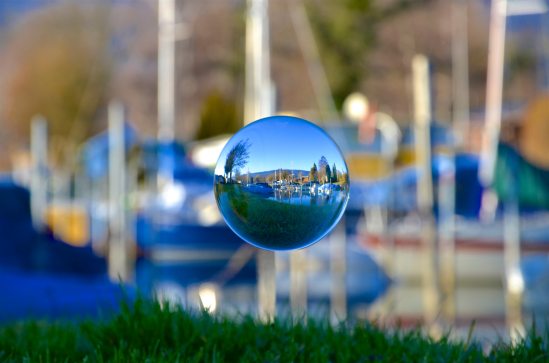 Photo by Alex CA from Pexels

Startled, Lena found herself standing in the middle of a mirror-like lake. The report of her only shot seemed so anticlimactic, as if it had disappeared before it left the gun. That single bullet would never have saved her, but her attackers were gone, as was the office … and the stench was worse than before, now more like rotting flesh than dust and fresh blood. The sun burned black in a night sky devoid of stars. In the distance her lake, which was only an inch deep where she stood, was lit by 12 pyres, each 144 feet high. She didn’t know how she knew that, but she did, from deep in her being.

The lake itself wasn’t water. It reminded her of mercury, but her movements made no waves. It stuck to her toes like an opaque chrome paint, as if she had mirror-plated her feet. If that weren’t strange enough, it had dissolved her shoes and stockings on contact, yet it left her skin untouched. Dazzled by the pyres, she couldn’t see past the surface of the lake, just reflections of the black sun in the black sky and herself. Still confused, she reached down and dipped her hand in. Like her feet, the liquid coated her fingers, dissolving the fine hair on the back of her hand. It was odourless, so the stench had to come from beyond the pyres.

She dabbed her finger on her tongue: no taste, or rather, it tasted like her … like her after a hard night with Ben, her ex-boyfriend, salty and sweet at the same time, like a light post-coital sweat. She couldn’t feel the silver dot on her tongue, yet she knew it was there, confirmed as she bent over to look at her reflection in the pool. Not thinking, she wiped her hand on her skirt, which dissolved as she touched it.

Stooping over, Lena dipped her hand in the water again. The floor of the pool was smooth and hard like glass. Her hand disappeared into the opaque liquid. It was warm, like blood.

Why that metaphor? It was the same temperature as her body, a slightly raised 98.7 degrees Fahrenheit, exactly.

How could I know that?

The liquid didn’t drip from her hand as she lifted it out. It was as if it became part of her.

At the centre of the pool, she felt safe, but she couldn’t stay there. Equidistant from all points on the shore, she estimated a half mile walk in any direction, provided that the pool was only an inch deep all the way. As there were no identifying features on the shore, she chose to walk towards the rising sun.

How could I know it was rising?

Gingerly, she stepped forward, not making the slightest disturbance in the liquid. Another step, then another. After a few more, she increased her pace, becoming confident.

Before she knew it, she had stepped off a ledge, stumbling into the pool. Swimming back to the platform, she hoisted herself back up and took stock. The gun was gone, her clothes were gone, and her hair. Somehow she knew that would grow back, eventually, but metallic. With a long lean athletic build, she had never had problems pulling the blokes, but now she was naked … and chrome. What would they make of her now? Instinctively, she had closed her eyes but had taken a mouthful of the liquid, so the inside of her mouth matched the rest. At least it hadn’t killed her.

Lena sat on the edge of a platform one molecule thick, in the centre of a bottomless lake. Both the platform and lake were perfect concentric circles, as the chrome liquid spread through her veins … Aba, that was what it was called … her awareness expanded. She had taken the Aba’s colouring inside and out, except for her eyes which had become as black as the sun.

Aba was her blood, her life … and she knew that she could even breathe it like air.

What have I become, and how did I get here?

“Hell-fire,” she repeated into the dead air. It was a word used often in sermons by her grandfather, an old-fashioned country parson. If you were bad, you were banished to Hell, to be consumed by Hell-fire. It seemed a strange choice of words to use in a moment of reckless abandon, seconds before certain death.

“Am I dead?” she asked aloud, but she already knew the answer. She felt more alive than she ever had. The Aba comforted her, or she might have gone crazy already. Aba’s post-coital taste overpowered the stench of rotten flesh that surrounded the lake, named Aba of course, and she would soon have to brave this strange world, naked and unprotected other than by her Aba skin.

Is this hell? Am I a bad person? Lena had played loose with her body, having gained a reputation for being an easy lay at university – she didn’t care – but she hadn’t done anything outrageously evil, no killing or stealing. Was living naked to be her punishment? Was this the second circle of Hell? A top student as well as an accomplished athlete, she had only taken a job at Transdex Holdings to pay the mortgage on her London flat until something more interesting came along. That was ten years ago, and she was still waiting.

“My name is Aba,” she said, as the liquid finished assimilating her body.

No, we were one all along, since the beginning of time.

That confused her. Her insatiable desire for sex had stemmed from her need to be like Aba – the smell, the taste – to be home. Where was home? 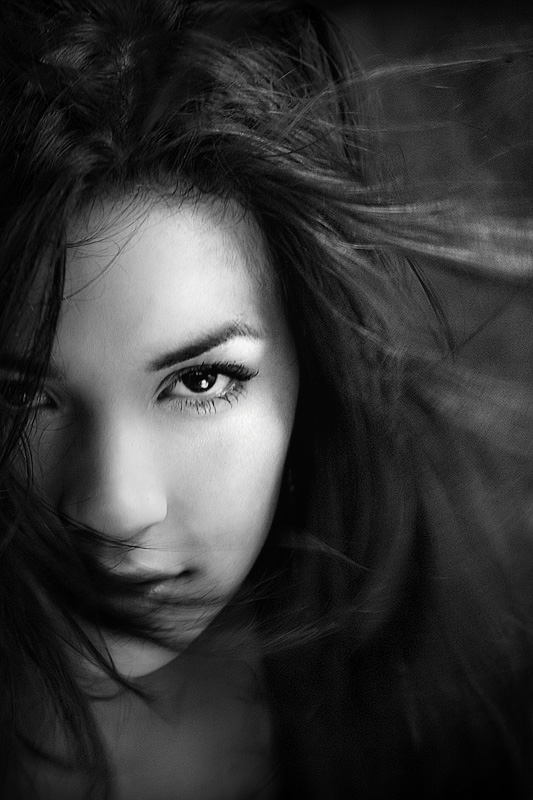 [1] The whore perverts all things.
What she thinks is love is mere folly,
A folly she passes on to boys that catch her eye.

[2] Hora is the bane of man,
Thief of the soul,
Reaper of the weak.

[3] Naively, she plucks Cyrus’ son
from the pyres, and ruins him –
ruined like all men born of woman.

[4] Hora is the fall of man,
The evil temptress,
The black heart of womanhood.

[5] Blinded, the son of Cyrus is enslaved,
Lost in her false beauty and wicked heart.
He will serve her until the end of time.

[6] Hora is the seed of fancy,
Stealer of sanity,
Phony redeemer of her sex.

[1] The wise man fears as Hora
slumbers behind the mirror.
Her vengeance is such
that even Hahn sleeps
with one eye open.

[1] An innocent sprang from the southern forest; It was said that a dry sprig would bloom in her hands.“Who is this that commands nature?” Cyrus asked his servant. “She is Penelope, daughter of the spring,” Caiis replied. “Bring her to me, as I wish to behold her splendor.”

[2] It came to pass that Caiis presented her before the King.“Where did this ugly child spring from?” he asked, finding a girl with mottled black hair,an eerie green sheen and skin dry like the soil. “Nobody knows,” Caiis replied. “How could such a child be the daughter of Spring?” Cyrus asked. “She is an evil imposter. Cast her back into the forest.”

[3] The King’s guard whipped and discarded her in the ancient Forest of the Downs, where she wept bitterly. Caiis had promised her the reverence of the King and marriage although she was not yet of age.

[4] As Hahn walked the forest perverting the hearts of man, he spied the girl crying a river of tears. “Who are you girl, and what has hurt you?”

[5] “I am Penelope, daughter of the Spring,” she replied, “and I was cast out into the forest by Cyrus in spite of his promise of marriage and riches.”

[6] Hahn laughed and raped her. “You shall be mine instead, and I will grant you dominion over plants and animals. Where you once created life, you can now quench it, just the same. Any who touches you may wither and die, according to your whim. So it shall be.”

[7] Penelope spent seven summers in Hahn’s lair while the land parched. In that time, she grew strong and beautiful. She took it to her heart that on her sixteenth birthday, she would seek out Caiis and seduce him. In his bed, he withered and returned to dust. His soul watered the Earth bringing forth a new spring, as what is taken must be given back.

On the street where I live
Sat a beggar with a lisp
Said he knew my soul
Would make it whole.

On the stoop by my home
Came the urge to roam
My heart, split in two,
he struck me through.

In the light it was clear,
A voice I wanted to hear,
His voice pleading in the night,
My love touching, without sight.

On the dusty road I traveled,
The rest of me unraveled.
Soul naked from the start
To mend my aching, broken heart.

[1] Beware, Cyrus
Of Hora in her time
With one hand she brings life
while the other takes it away.

18] The Sycla traversed the rooftops
slaughtering the Cult and Tioch alike
Even the Sholoch suffered great losses.

[19] An airbourne enemy to all,
they fought with daggers,
but purged with fire.

THE CULT OF ANNE

The Cult of Anne
Blog at WordPress.com.